In remembrance of my uncle, one of the first things I did when I found out that he died, after asking my mom a thousand questions like is she okay, was hit Ebay to snatch up his work that was on my want list. Random side tangent, despite being in the business, artist and their families have a bad tendency not to appreciate what they do. Drawings are just work supplies to them like does a tattoo artist keep his multiple rough drafts, no he tosses them. Well that is what comic book artists have had a tendency to do and that is why original artwork from back in the day is so scarce. (My experience relates to hearing a bunch of these stories second hand and also experience with my dad Bill DuBay, not my Uncle for the record.) My family wishes that we kept all of my dad’s old stuff. Tangent over. Although that does lead me to one of the pics. I thought that I was getting a steal and buying original artwork but in my haze regarding my uncle’s death, I realized that I overpaid for a print. All is well that ends well though as I will definitely hang it up.

As a low budget spender to begin with, I didn’t have much to but I bought a few things. I mainly bought what I would regret passing on, if in hindsight said comics don’t turn up for sale again. Thank you credit.

So 4 comics, 1 print. I spent about $30 and don’t regret it, even if I thought I was getting something better than I actually did. 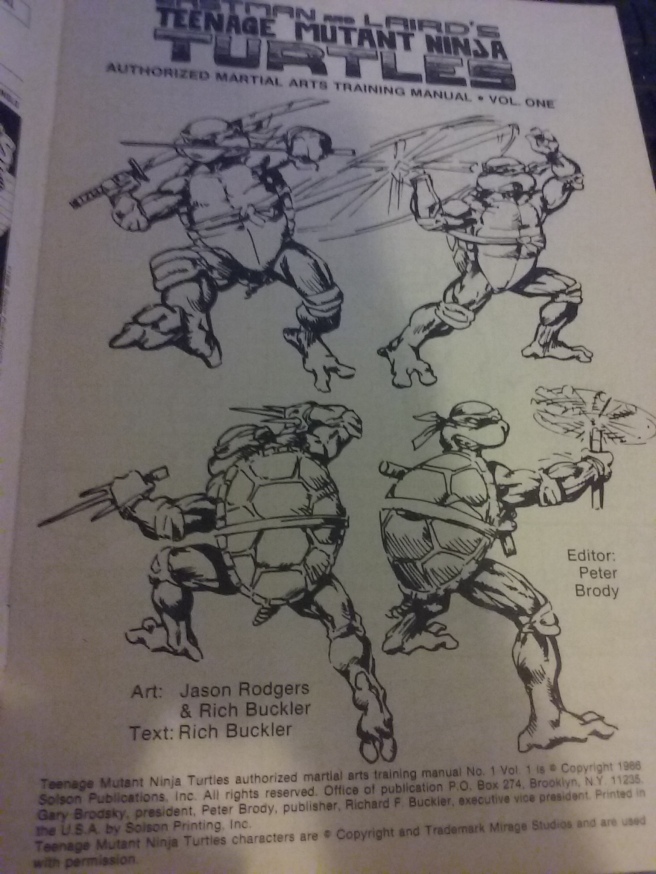 I had to grab a bunch of his Ninja Turtles work. They were a special part of my childhood. I had no idea then that my uncle worked on these until very recently; interestingly my mom didn’t either because if she did, I would’ve had these around as a kid. These comics predate the Turtles phenomenon as they were made in 1986 so it is cool that my Uncle got in at the ground level of one of something so relevant to me. Seeing his name next to Kevin Eastman is as cool to me as him working with Jack Kirby is to most comic book lovers; seriously though my uncle worked with greats and I am so proud to share the same blood as him because he was great himself. 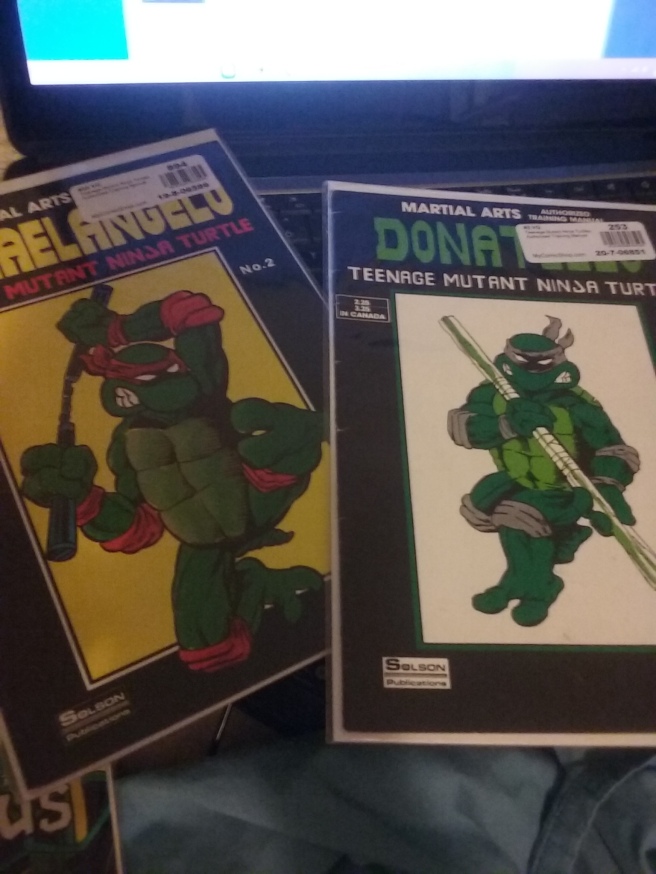 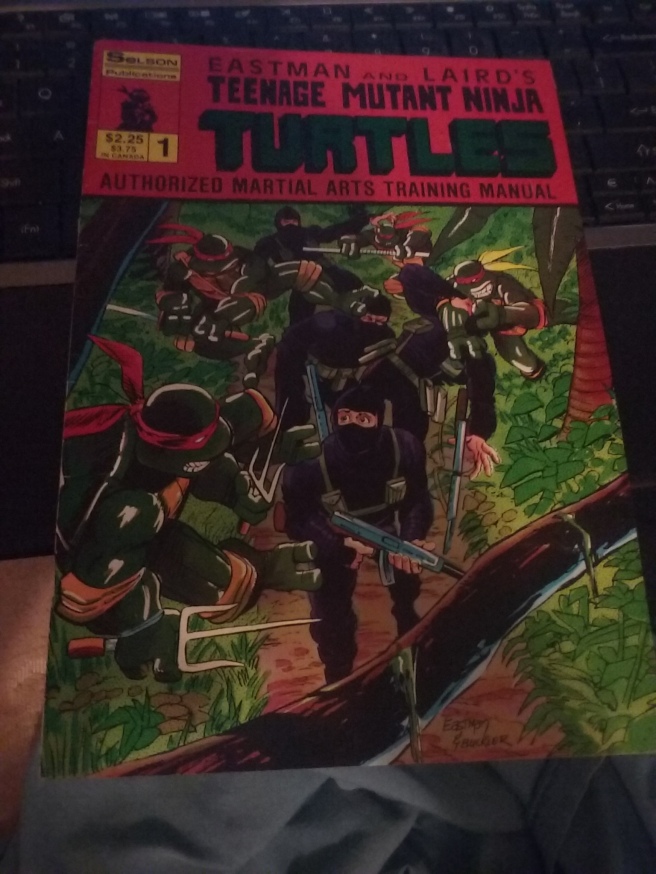 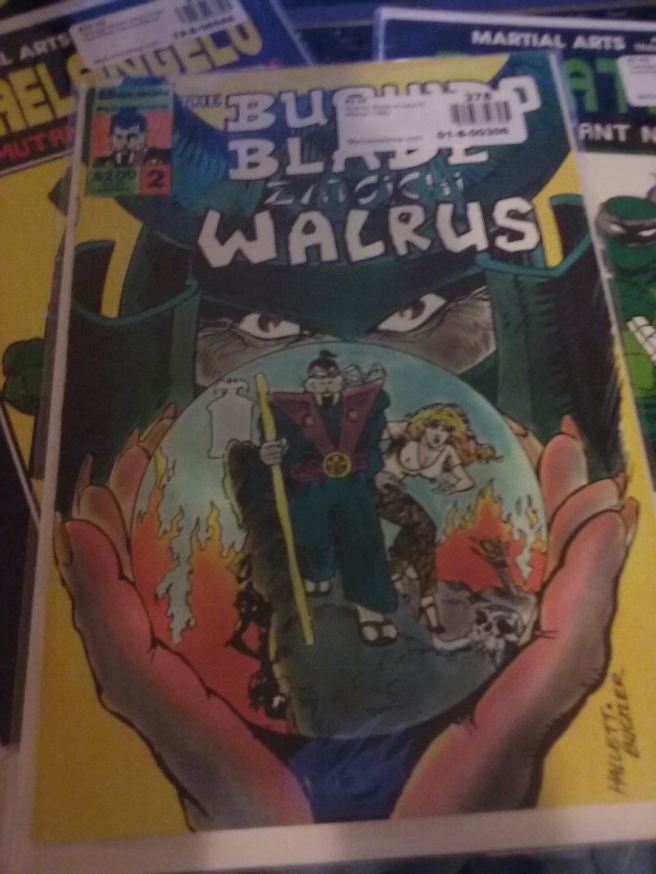 I took a $2 flier on a Ninja Turtles parody type deal that he did. Below is the artwork that will be up on my wall soon. I regret not getting an original piece of his when he was healthy. 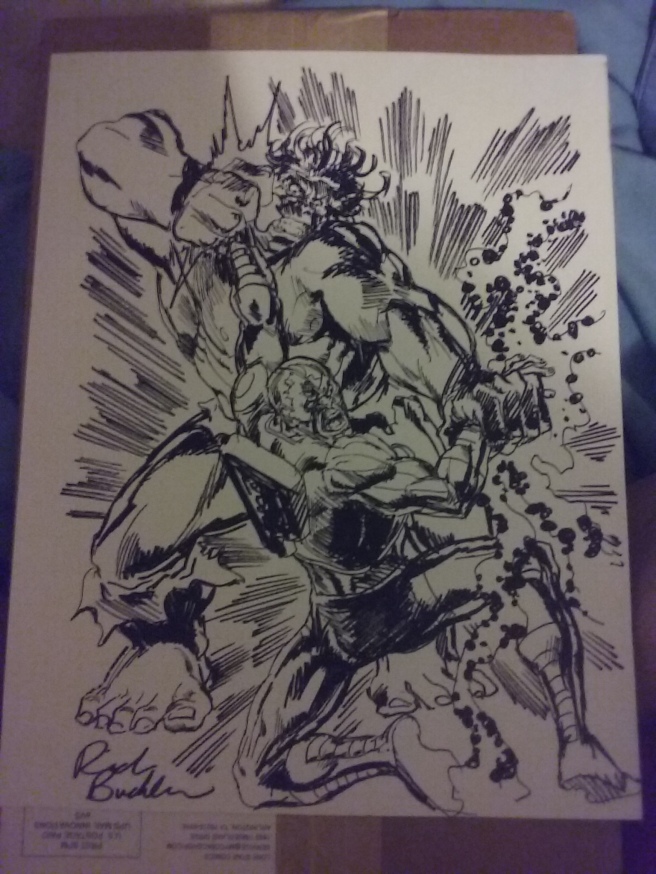