I haven’t been buying much retail unless it is an impulse buy or something that I really want. These would fall under the impulse category. 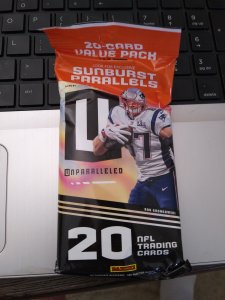 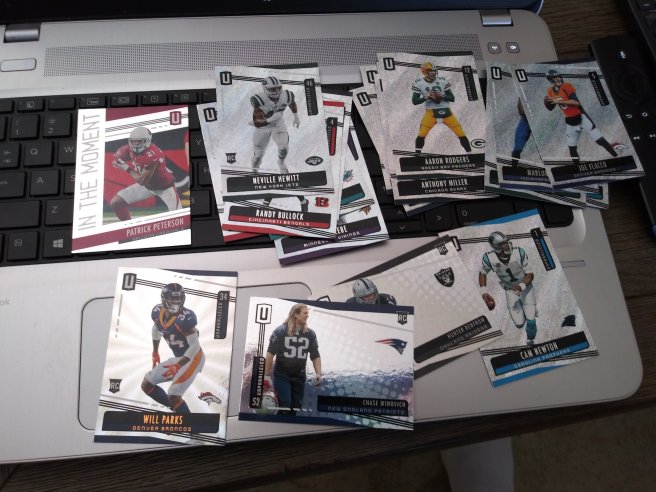 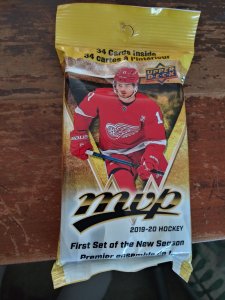 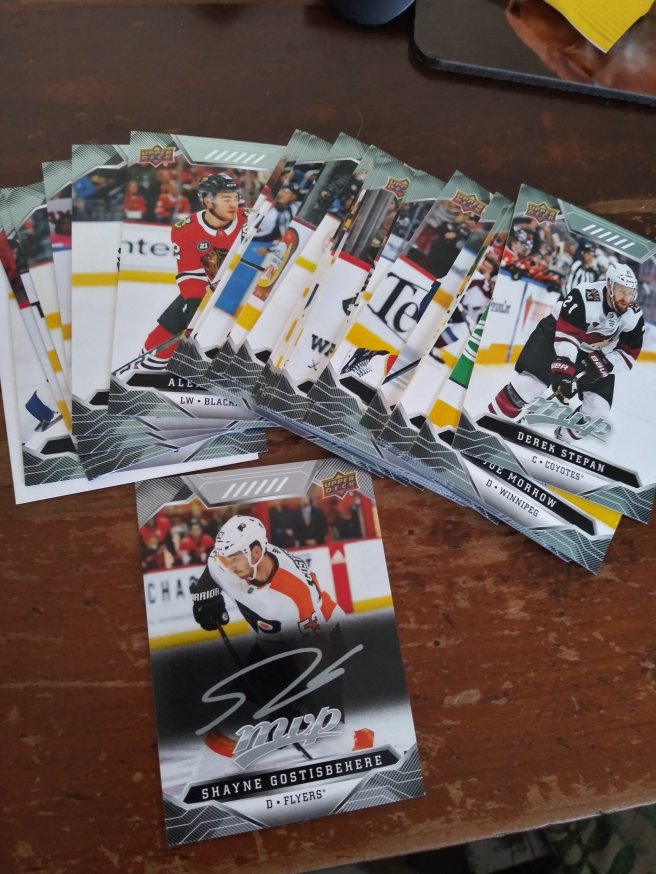 Both pretty underwhelming but we are talking about one off retail fat packs. I was more curious about Unparalleled. Hockey is in my blood and was an impulse buy. It feels like MVP is more of a set builders product. I am past the point where I  want cards just to have cards. If anything, these will be given to a kid for Halloween.

Player of the Day is back and well worth trying if that is your cup of tea. I figured why not and went for it. I am glad I did as the Minshew rookie card is awesome. The other pack is fitting that I got it from an SoCal sports card shop with Rivers and Gurley. I heard that their were autographs and memorabilia cards in here but I have yet to see any. There are definitely decoy cards. 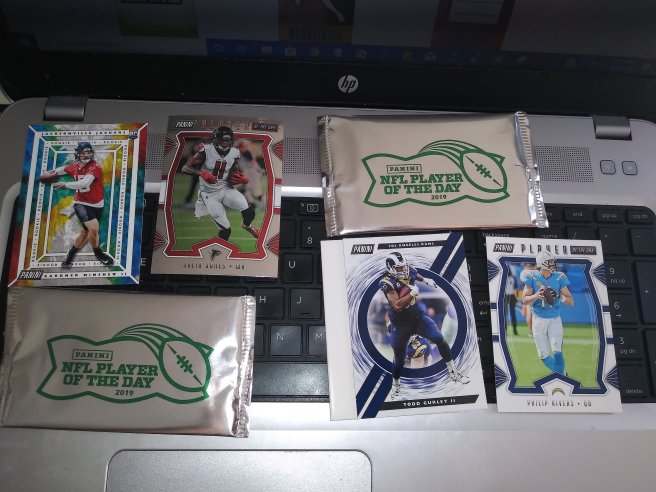 Guess what? I have a pack to give away of this. RT the Twitter link below. Open to everyone in the USA; and if you are outside and willing to pay shipping then enter as well.

I finally found some out in the wild. I offered to pick some of these up for the card shop but it looks like they had their day as a quick scan of eBay sold listings can see people dumping these for $15. That said, I love basketball and am looking forward to seeing Zion and Ja Morant this season. I also have a few other rookies that I am high on. So let’s see what this box is made of. 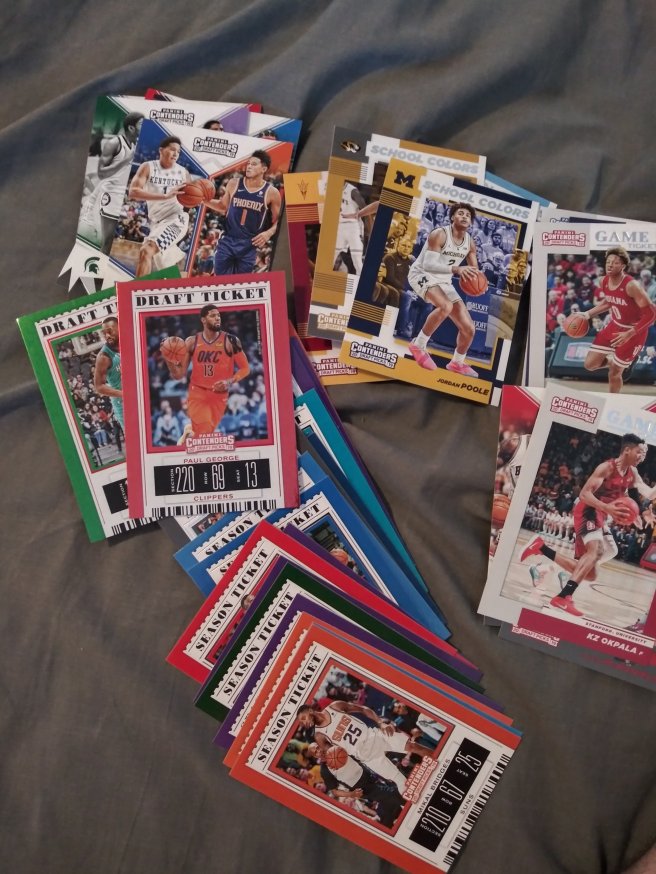 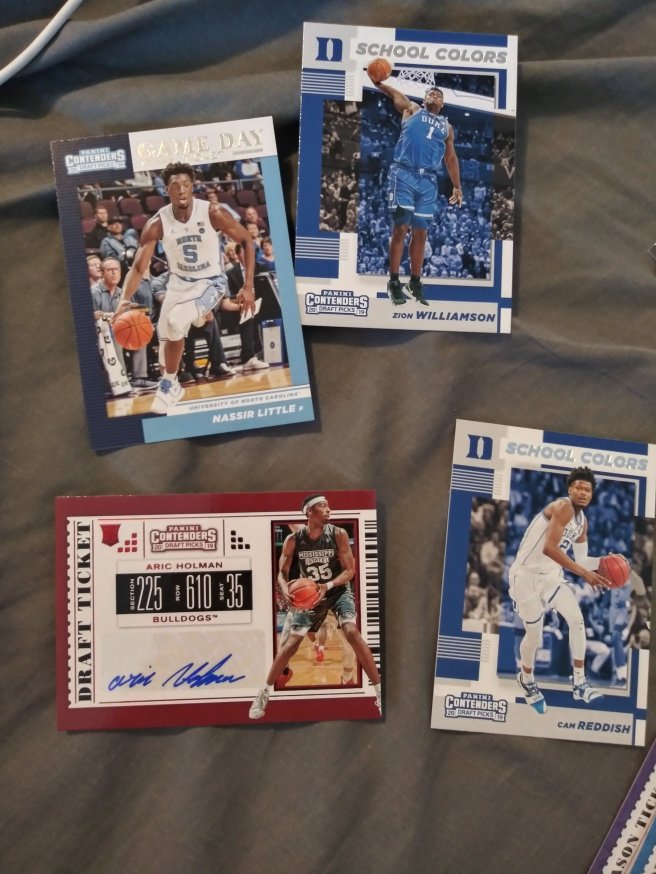 The autograph wasn’t anything special but I did pull inserts of players that I am excited about in Cam Reddish and Dylan Windler. My autograph is of a guy who will probably be cut in training camp but it is so early that you never know. I will never forget the year that I pulled a couple of Paul Millsap autographs and look at what he turned into.

I see Target has raised the price on these to $29.99. I feel that is just greedy. Then again, I see people grabbing these out of greed and not because they want them or will open them. This is a solid product at $19.99 but with the amount of filler autographs this isn’t worth much more, even if hobby packs are selling for $60.

I am very disappointed about the base design this year as I feel that Panini is coasting by having it be too close to past years versions. Perhaps it is time for an update there.

Let’s post a quick break. I picked up a Topps Heritage box of the current season for $60 when it came out and just opened it. Truthfully, I cannot stand Heritage as a standalone but as a player collector, I always chase these cards as they tend to be more expensive when sold as standalone base. 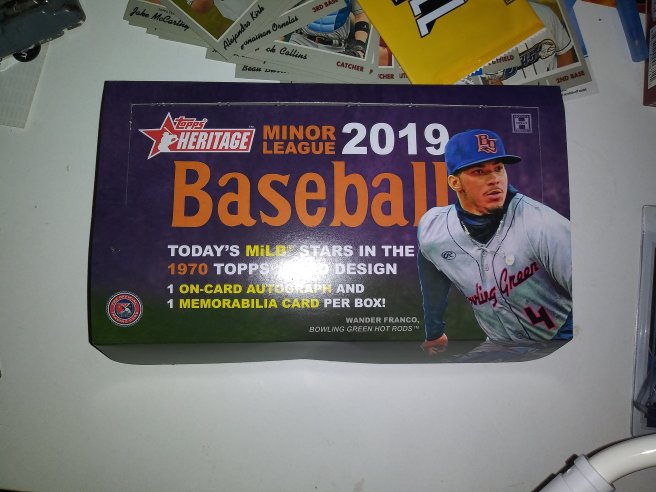 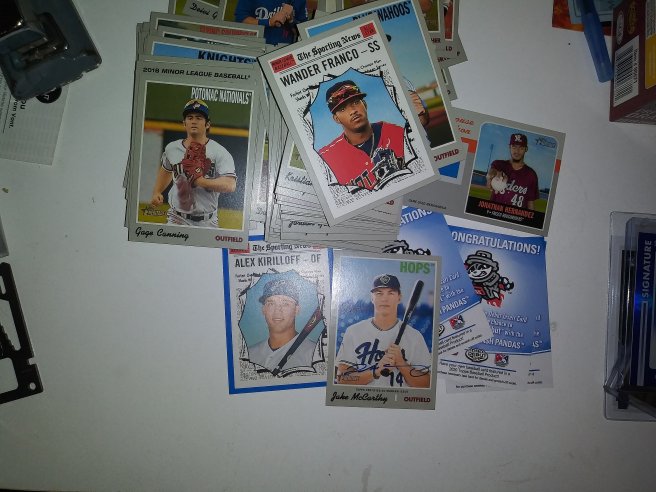 A fun rip. I knew most of the players. Jake McCarthy auto. I didn’t open the Box Topper but because it was yellow, you could see through it. It was a Wander Franco one.

Yesterday, Leaf CEO Brian Gray had a Twitter meltdown threatening to sue everyone who every had an opinion against him. Low End Cards has it all covered and I am not going steal their thunder. Check their coverage at https://lowendcards.com/articles/f/leaf-ceo-brian-gray-vs-sports-card-radio

Brian Gray lost me the second he made it known that he is Rick Probstein’s personal bag boy, reminding us of the cronyism the card community and the lack of checks and balances. I have refused to buy anything Leaf since he commented in support of Probstein. That said, his meltdown was so embarrassing it made Donald Trump’s Twitter use look normal. Despite Twitter being ethic-less hacks like Trump, Gray, and Probstein, no one deserves a public meltdown to the point that they delete their Twitter, as Gray showed. Just because Twitter meltdowns have become normal behavior in American society does not mean that this is right.

I pray that Twitter develops the balls to stop these public figures from melting down on their platform. It is embarrassing for everyone, especially the platform. There are those without any emotional intelligence or integrity who don’t see that these are humans breaking. We have this way too much and none of it is right. I don’t like Gray but I cannot stand with people who think that it is alright to see him at his worst. I purposely did not search for the name of a Twitter CEO because I have enough faces on my dart board.

What we can take away from his meltdown is that this magnifies a bigger problem: there the need for there to be checks and balances in places like the internet and the hobby.

Now allow me to put on my basic pre-law hat on for you. For those of you afraid to cover this because Gray might sue you, don’t worry. Gray positioned himself like a public figure and bloggers like myself who cover sports cards can talk about him freely. Public figures, especially the President cannot supersede years of law precedents. The law does not protect public figures. The law does protect media the places that put checks and balances on public figures however.

I have been pretty big into building sets for about a year now. I have also enjoyed Upper Deck a ton lately. I also enjoy cheap products. I also….

So this box is currently on sale at multiple places for under $20. The selling point on the checklist was Jameis Winston. I personally grabbed it for Devin Funchess and Todd Gurley. I also like the patch cards coming out of this. We aren’t talking about a deep checklist. It is 2019 and we have seen the players develop already. USA Football is good for some signers in the CFL who just don’t sign that often; specifically offensive lineman. So let’s take a quick peak into what I grabbed. 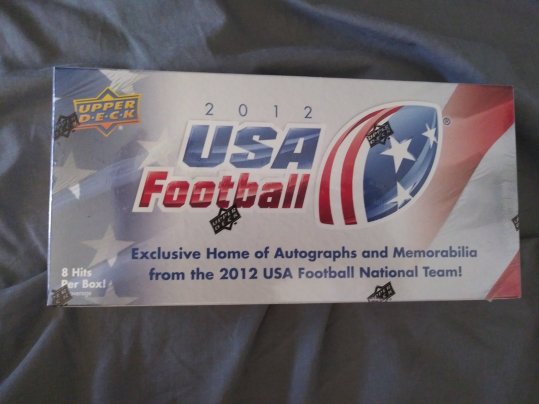 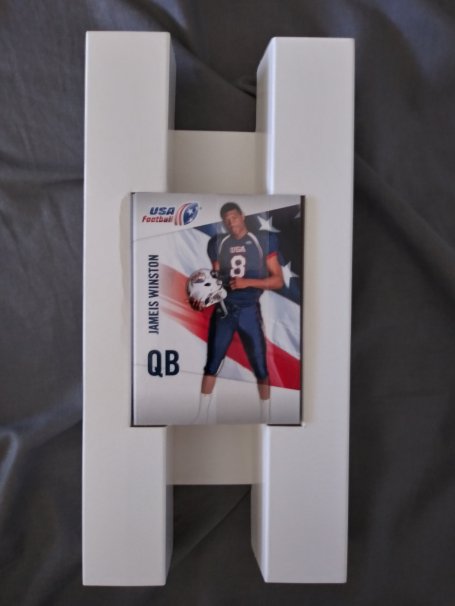 The cards were protected pretty good. I didn’t get any names but if this was 2012/13, I would have been ecstatic as I got an offensive lineman auto. That said, look how beautiful the cards are. 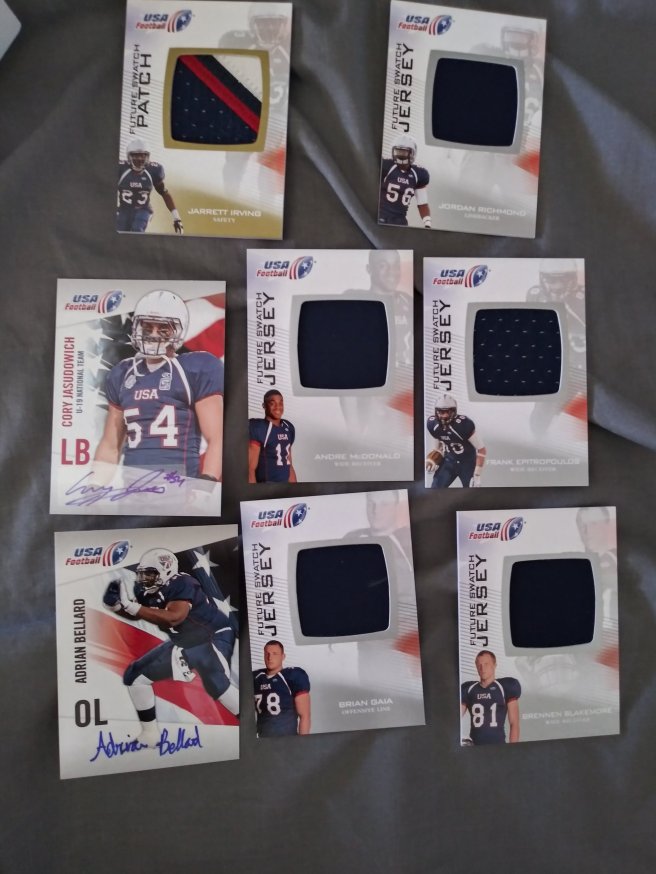 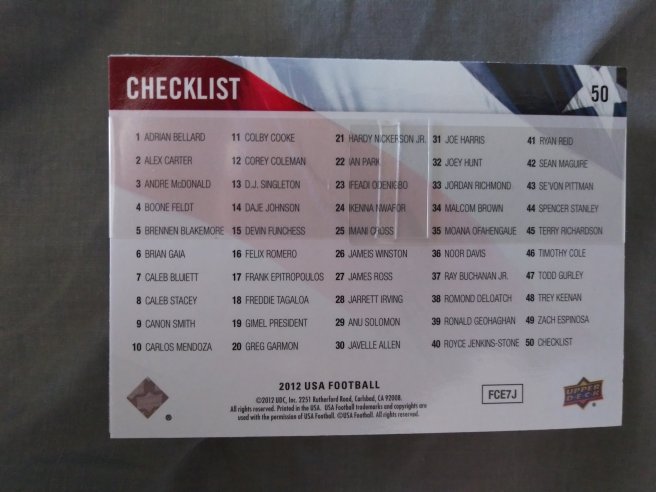